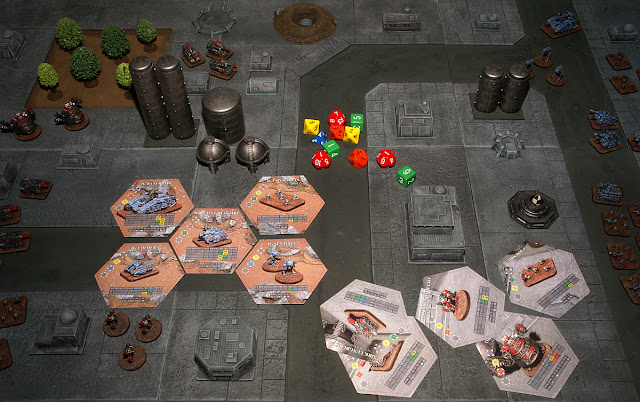 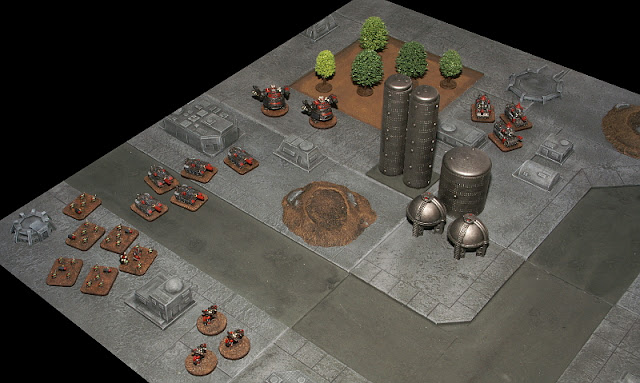 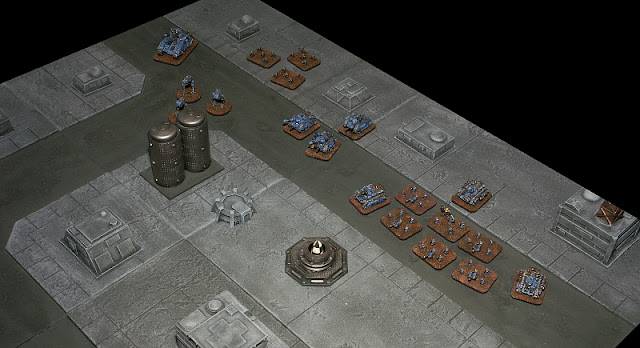 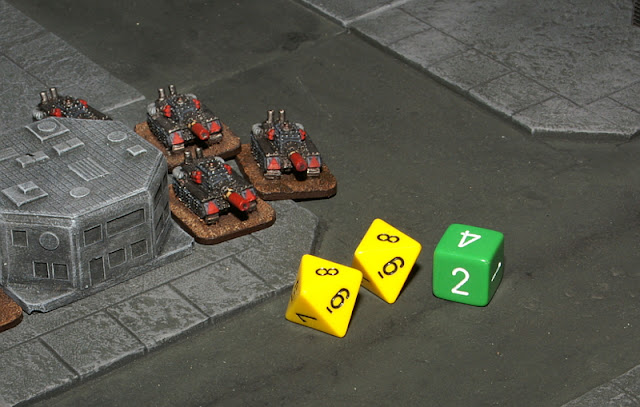 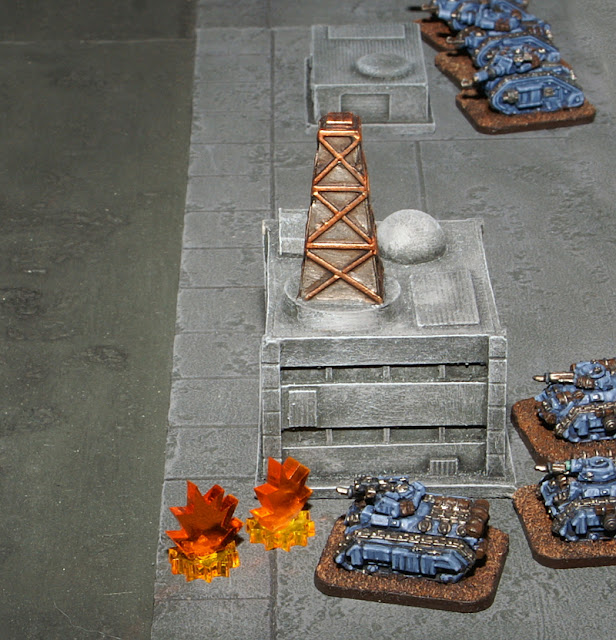 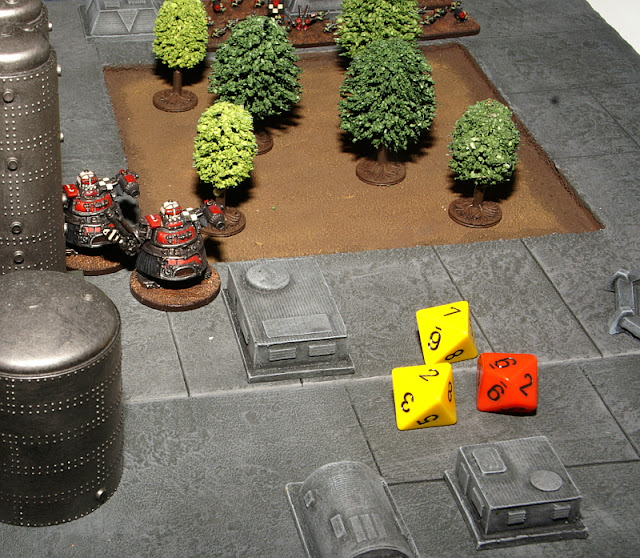 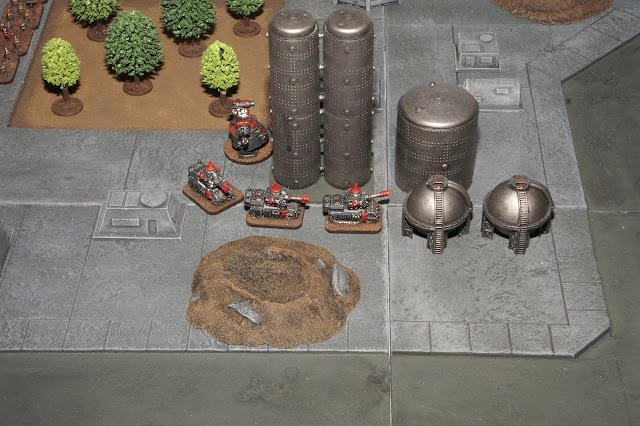 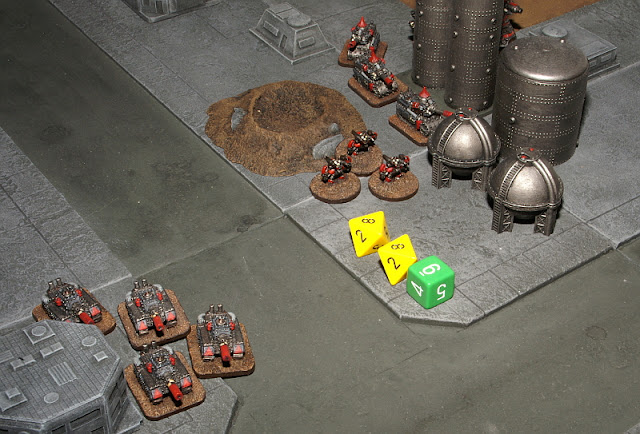 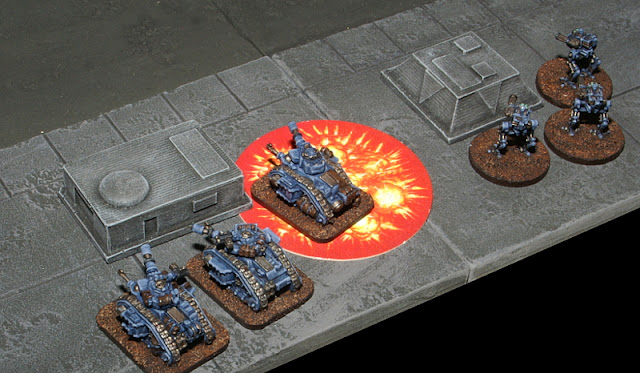 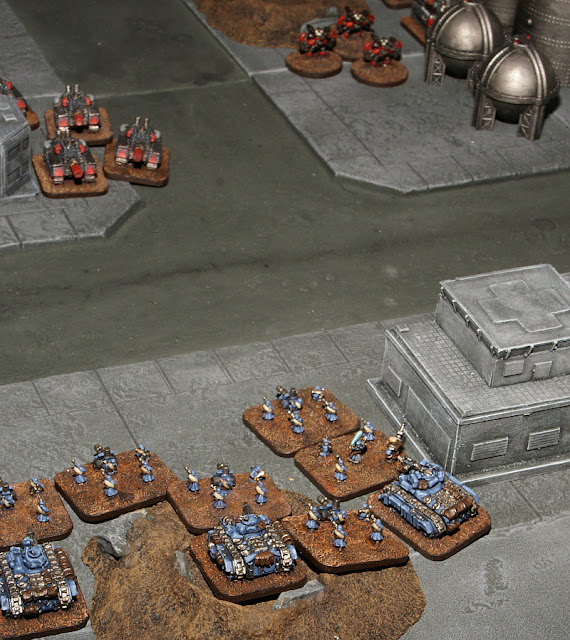 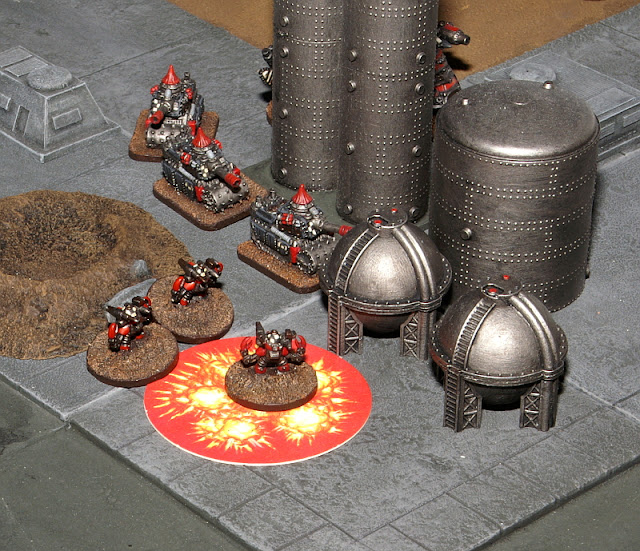 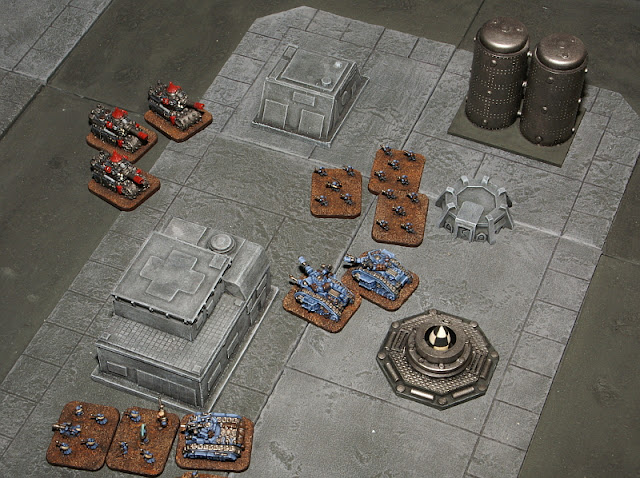 Another post betraying the perfect scale. I started to rebase all my Epic 40k miniatures some time ago and added lots of new units, because I cannot wait to try out Polyversal. It's been 8 years since I first heard about this ruleset and I backed it in 2016. Only some four years later I have access to the rules and the Arsenal tile design tool, which I have allready used quite a lot (check out those hexagonal stat cards below). My first impression is that the long wait was well worth it!
I also want to use the miniatures for Laserstorm, Squad Hammer, Alien Squad Leader and -of course-  Epic Armageddon itself. When I started Epic some 12 years ago, the Orks were my first army. I still love them. 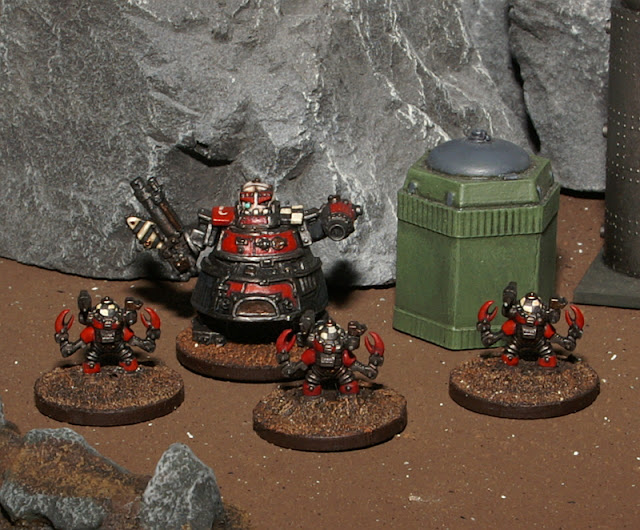 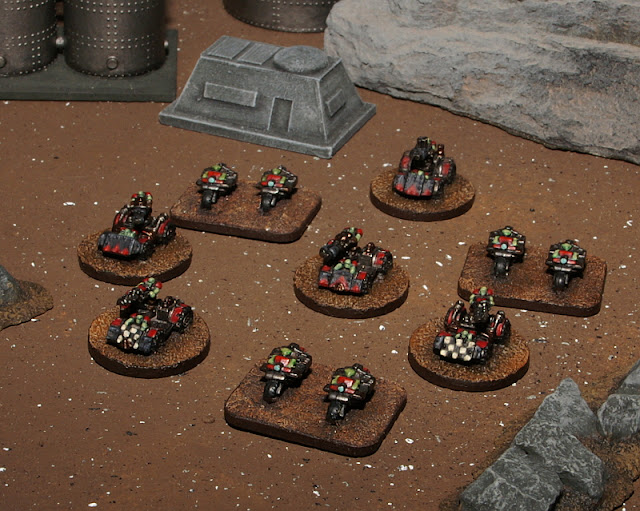 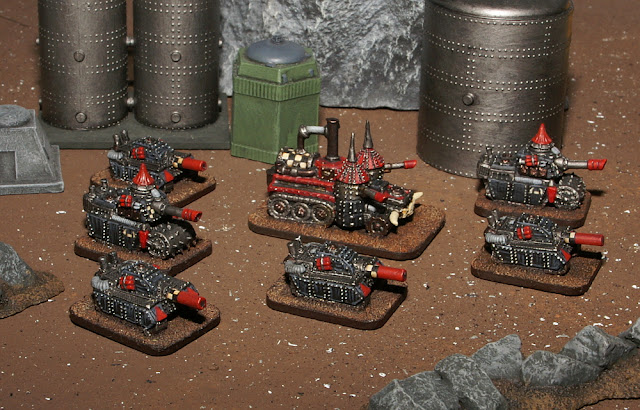 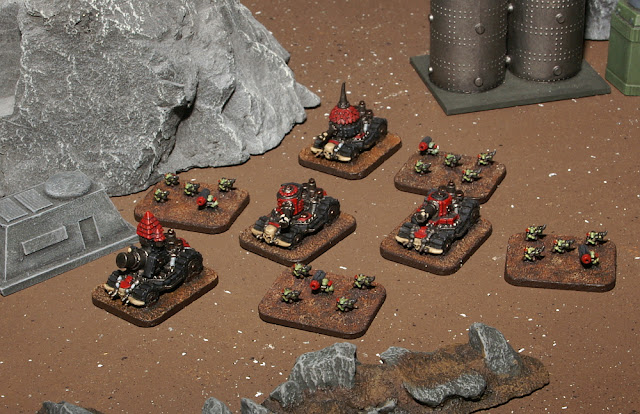 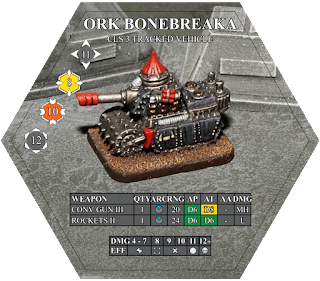 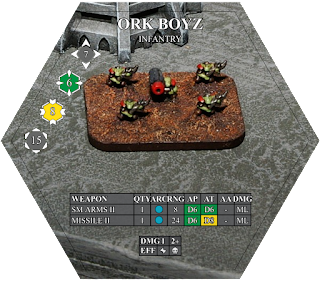 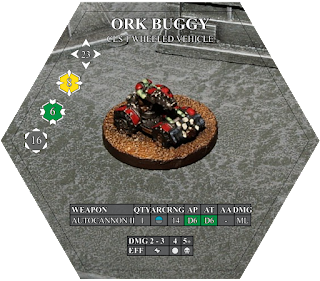 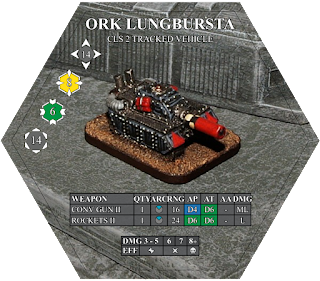 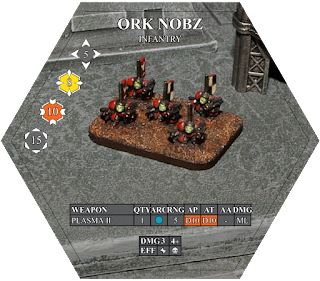 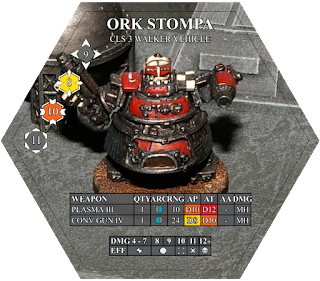 Man all stations... it's the Russians!

As I have your permission, here's my first non 15mm post. I am selling all my Firestorm Armada stuff at the moment and reinvest the money in tinier fleets from GZG and Brigade Models. They take much less room of storage and paint in breeze. I managed the first ten ships in one week and even the Battleship took only two hours. So here we are:

I will use them for Full Thrust and maybe also for Colonial Battlefleet from Steel Dreadnought Games, if I manage to get a cheap hex mat. 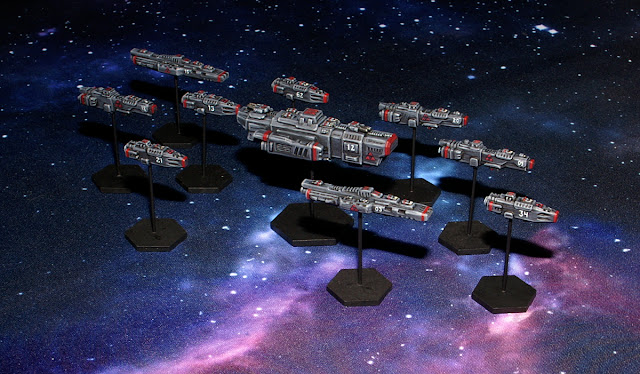 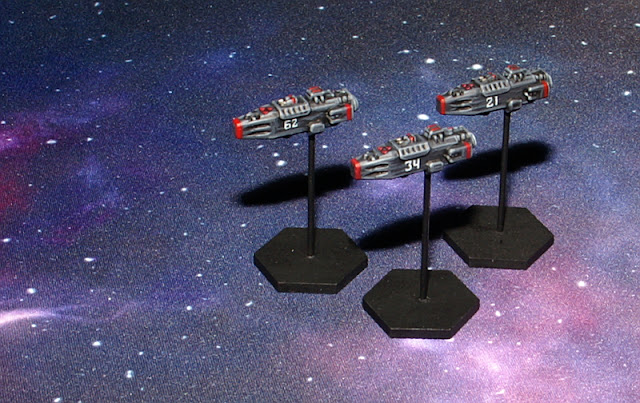 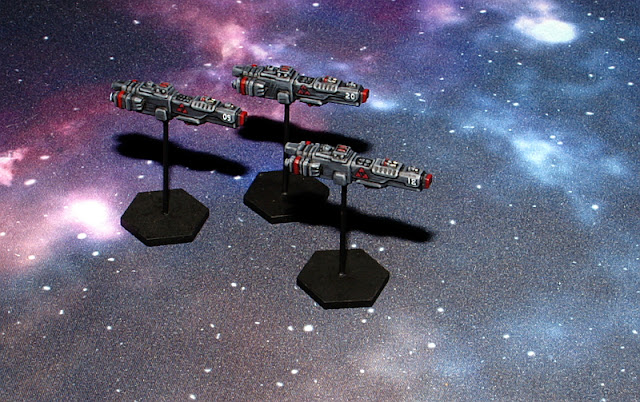 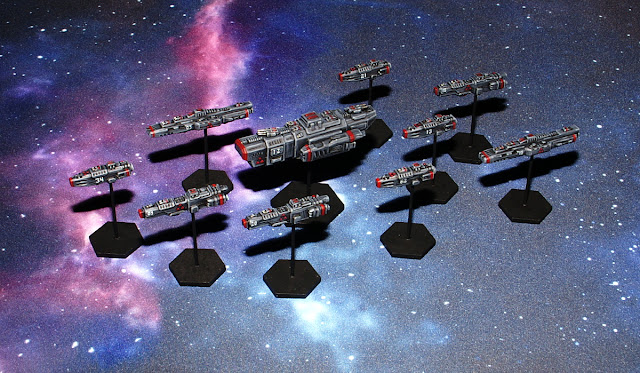 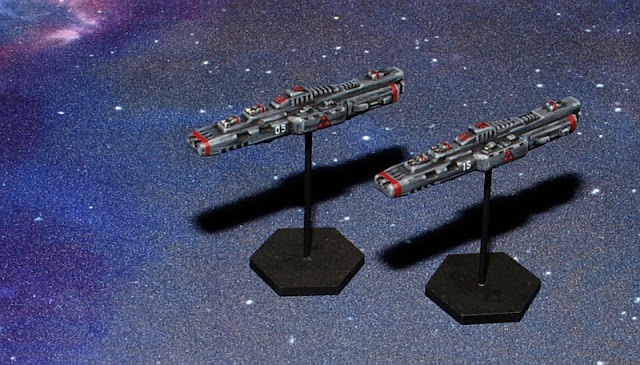 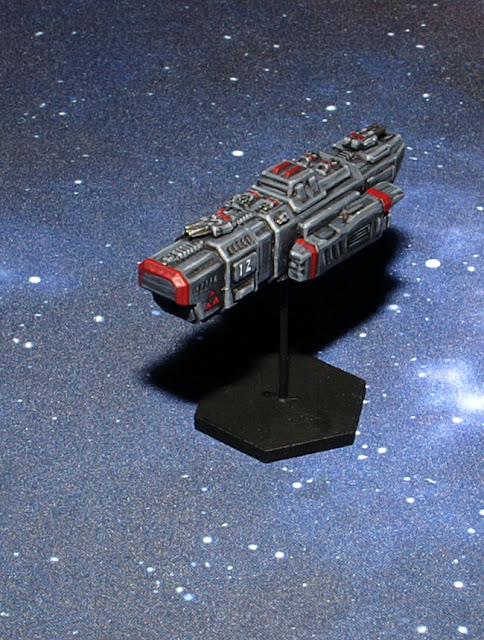